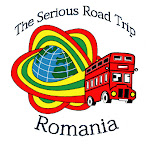 Sau Podul spre pace. Acesta este numele proiectului din Bosnia. Redau o amintire a unui membru TSRT:
After the festival, I asked one of the organisers, a Bosnian Muslim who had been put in a Serbian prisoner/concentration camp during the war (and whose brother was very badly tortured)... "How do you think it all turned out? Did the project do what you wanted..." He looked into the distance. "When we started, our single ambition was to get the children together. That's all. Just get the children to do something together. Today we did much more: the whole community was here" Not two different communities, but one.